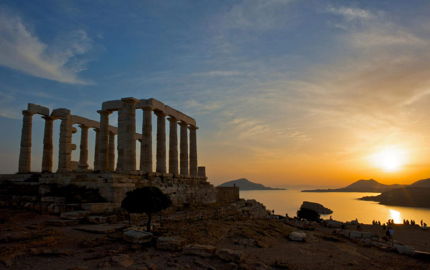 The experience in a nutshell

ENJOY a full day with me, I love cooking and meeting new people all the time.

Having a country house for over 35 years, I can honestly say that I know all the secret gems of the area.

Depending on the time of the year we can walk into the forest and collect
Wild mushrooms
Wild asparagus or Capares
Wild Herbs
Wild thymes and Oregano
Almonds, Olives, Grapes (All are grown without toxics and raised by the water of the rain)

We can enjoy a picnic with seasonal products.

For the adventure ones, we can go snorkelling to my secret beach !!!

The earliest evidence for mining dates to the beginning of the Bronze Age, ca. 3200 BC.[4]

Systematic exploitation of mineral resources seem to have begun in the 6th century BC under Peisistratus. After the battle of Marathon, Themistocles persuaded the Athenians to devote the anticipated revenue derived from a major silver vein strike in the mines of Laurion circa 483 BC to expanding the Athenian fleet to 200 triremes, and thus laid the foundation of the Athenian naval power. The mines, which were the property of the state, were usually farmed out for a certain fixed sum and a percentage on the working; slave labour was exclusively employed. An unrecorded number were children. It was a miserable, dangerous, and brief life. As many as 20,000 slaves were employed at the height of the mining. A silver mint (Argyrocopeum) was at Laurion.

Towards the end of the 5th century, the output fell, partly owing to the Spartan occupation of Decelea. But the mines continued to be worked, though Strabo records that in his time the tailings were being worked over, and Pausanias speaks of the mines as a thing of the past. The ancient workings, consisting of shafts and galleries for excavating the ore, and washing tables for concentrating the ore, may still be seen at many locations. There were well-engineered tanks and reservoirs to collect rainwater for washing the ore since abundant supplies from streams or rivers was impossible at the site. The mines were reworked in the early 20th century by French and Greek companies, but mainly for lead, manganese and cadmium. The Mineralogical Museum of Lavrion comprises samples of minerals from the region of Lavrion.

Greek Salad, Spanakopita, olives, anchovies, zucchini pie, all homemade including bread or sausage and meatballs are some of the meze you will taste in the forest.

Kalamata Olives
Sporting a deep dark hue and fruity flavor, Kalamata olives are often featured in Greek salads and can be seen lining grocery shelves at your local market. These olives are grown near Kalamata, Greece, hence the name. These beauties are often black, but some appear to have a purple color. With their smooth and shiny outer shell, they are often soaked in red wine vinegar prior to consumption for an even more delectable bite.

Cretan Green Olives
The smoky (and very oily) Cretan Green Olive is known for rendering some of the best olive oil in the world. Harvested in Messinia, Greece, these olives will eventually turn black when fully ripe. Once ripened, the Cretan olive will be pressed to make luscious olive oil. Prior to this point, however, Cretan olives can be picked while still green and enjoyed as simple table olives.

Throube (Throumbe) Olive
Throube (throumbe) black olives have a dark and wrinkly outer appearance. These olives are not generally “picked” from a tree but rather, they are “caught” by harvesters once fully ripe. These types of olives are not the best choice for olive oil and are typically consumed as is or after they have gone through the process of being dried and cured.

Nafplion Olive
Harvested in Argos, Greece, the Nafplion olive is a lesser known olive that has a crunchy texture and a bright green outer shell. They are not often used for oil, and are traditionally consumed as table olives served fresh with lemon juice.

Halkithiki Olive
The Halkithiki olive is known for its large size. It is one of the biggest olives in Greece! When Greeks want a sturdy olive to stuff other ingredients into, such as feta cheese, this is the olive that they turn to. With its green appearance and slightly peppery flavor, these olives are grown in the Halkidiki region, hence the name.

Plum Olive
Similar to the Halkithiki olive, these olives are known for their size. With their plum-like appearance and large shape, these olives are prized for not needing chemical additives. They are most often harvested using traditional, ancient methods, and are typically enjoyed after being fermented with brine.

Every type of Greek olive comes with its own unique qualities. From the well-known Kalamata to the deliciously oily Cretan, each olive is equally useful (and delicious) in its own right. There are so many varieties to choose from, it’s a good idea to try them all

A Greek Yogurt delight, easy and made in front of your eyes.
An experience you don't want to miss!!

Übersetzen
LauraJanuar 2020
5.0/5
Ci siamo divertiti moltissimo assieme a Dionysia e la sua famiglia. Lei è stata una meravigliosa padrona di casa, cibo genuino ed autentico. Cooking class con tanta simpatia e risate a non finire!
JulieDezember 2019
5.0/5
We had the most wonderful evening with Dyonisia and her family. We learned how to make many different Greek dishes and my daughters ages 10 and 13 were engaged and working alongside us the entire time. She isn't kidding when she says "come hungry", there was so much wonderful food! Dyonisia is a magnificent hostess and so accommodating. You can tell how much she loves sharing her knowledge with people. This was a highlight of our week in Athens and I'm so glad we went!
SusanNovember 2019
5.0/5
Dionysia was AMAZING! One of the best experiences I've ever had in my travels. Dionysia cooks from the heart and it shows in the quality of her food. You should come hungry as there is LOTS of food to eat. I don't care where you have been before, these are the best gyros you will ever eat! Her place is extremely clean and she treats you like family. I could write a book on how good this experience was but rather than reading more reviews, just book this experience, it is as good as it gets.
ShelliNovember 2019
5.0/5
That evening at Dionysia's house was the best experience of our Greek family holidays. She is wonderful host and makes wonders in the kitchen. The food was delicious and we learned a lot, even my 11 year old daughter perfectly learned how to make gyros with pita. We felt at home and were welcomed as close friends. Cooking with Dionysia is really unforgettable experience for everyone travelling to Athens, I strongly recommended it as 10/10. Next time we visit Athens, we will repeat it 100%.